Miha Turšič (Si/Nl) is an artist, designer, and researcher dedicated to developing arts and humanities in outer space. He designed works about the human condition in outer space, developing post-gravitational art and artistic satellites; founded the Cultural Centre of European Space Technologies (KSEVT.eu), an institution with dedicated Cultural Space Programme; and actively developing cooperations between space and art institutions in Europe, Russia, United States and China. Currently, he works at Waag Future Lab as the Space Lab lead and concept and project developer specialised in art-science collaborations. Miha Turšič is a member of PosGravityArt collective with Dragan Živadinov and Dunja Zupančič.

Miha Turšič was in residency in Roscoff in April 2018. Together with Špela Petrič they shot and edited a video to be presented as part of the Roscosmoe installation in the Life at the Edges exhibition at Science Gallery Dublin in June-August 2018. 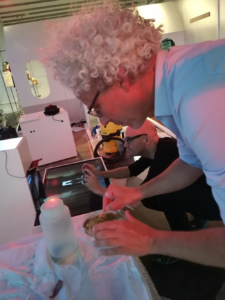 “From arctic expeditions to deep sea discoveries, this exhibition is about exploring frontiers and limits, and boldly pushing the boundaries of space, humanity, technology, biology, and determination. As our own planet grapples with increasingly precarious environmental conditions, how could the constraints of extreme environments lead to creative new methods, microorganisms, and technologies? And who will lead our society in our efforts to discover, study, and colonise these frontiers?”

The exhibition in the Science Gallery Dublin showcased Roscosmoe through an ambition to develop and design a series of experiences and bioregenerative life-support systems to assess the behavior of the photosymbiotic marine worm Symsagittifera roscoffensis in a variety of gravitational environments, including zero-gravity conditions.

The interdisciplinary project Roscosmoe aims to study the potential of terrestrial and marine biodiversity in the field of space research. As such, it connects marine biology, design, anthropology of science and intermedia art. The biology of S. roscoffensis makes this marine species a potential model for the development of bio-regenerative life-support systems applied to space research: oxygen production, recycling of CO2 and waste nitrogen metabolism from the animal by hosted micro-algae, regenerative capacities of tissues (including the brain), energy autonomy (“embedded photosynthesis”).

It is the controlled life cycle in the laboratory at the Roscoff Biological Station which allows today to consider the design of research protocols involving this marine model in the space field. The installation at the Science Gallery Dublin presented the first study of an autonomous module whose objective is to maintain in the long term the ecological conditions of a colony of S. roscoffensis marine worms in a closed circulating system. The design methodology of the Roscosmoe module is part of the UMBOT::MG Postgravityart artists collective research and based on the models of frugal science and open source and is implemented by a multidisciplinary team of scientists, artists, designers and researchers in the humanities.

Within the collaborative effort, Miha Turšič contributes a notion of space ecology, where oeconomus becomes oikos (Becoming an Oikos, 2017). https://mihatursic.squarespace.com/blog/2018/10/17/becoming-an-oikos

Miha Turšič engaged research with the Multicellular Marine Models lab of the SBR for the Umbot::MG mission by Postgravityart with the aim to develop a scientific experiment that was presented in 2017-2018 as a draft proposal for an orbital experiment at TSNIIMASH, Roscosmos. 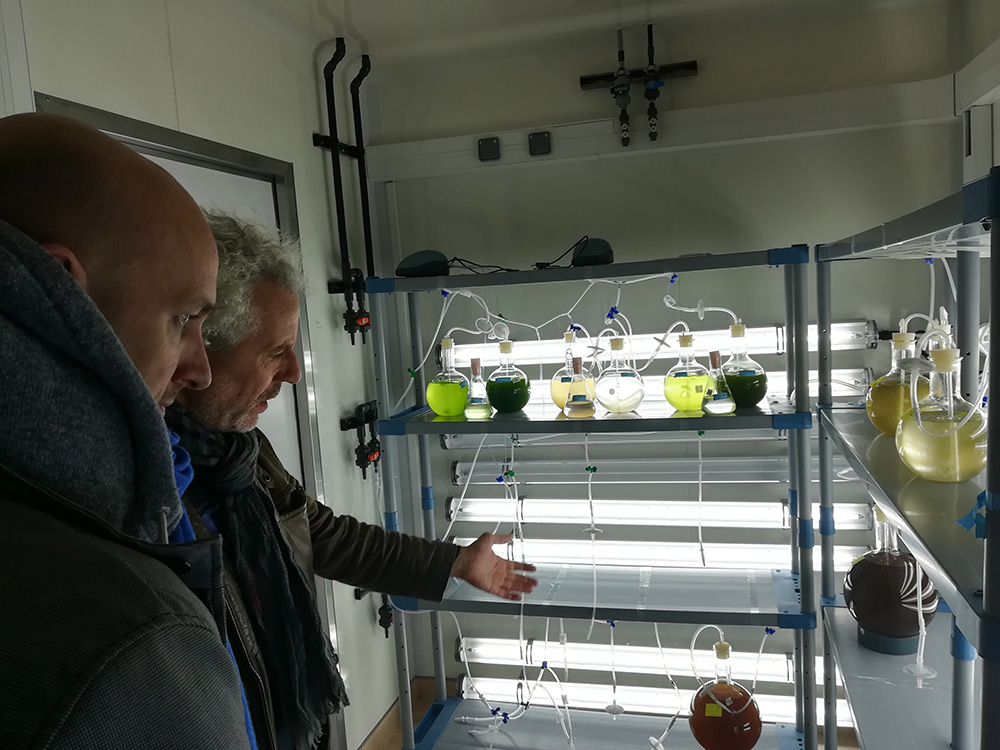